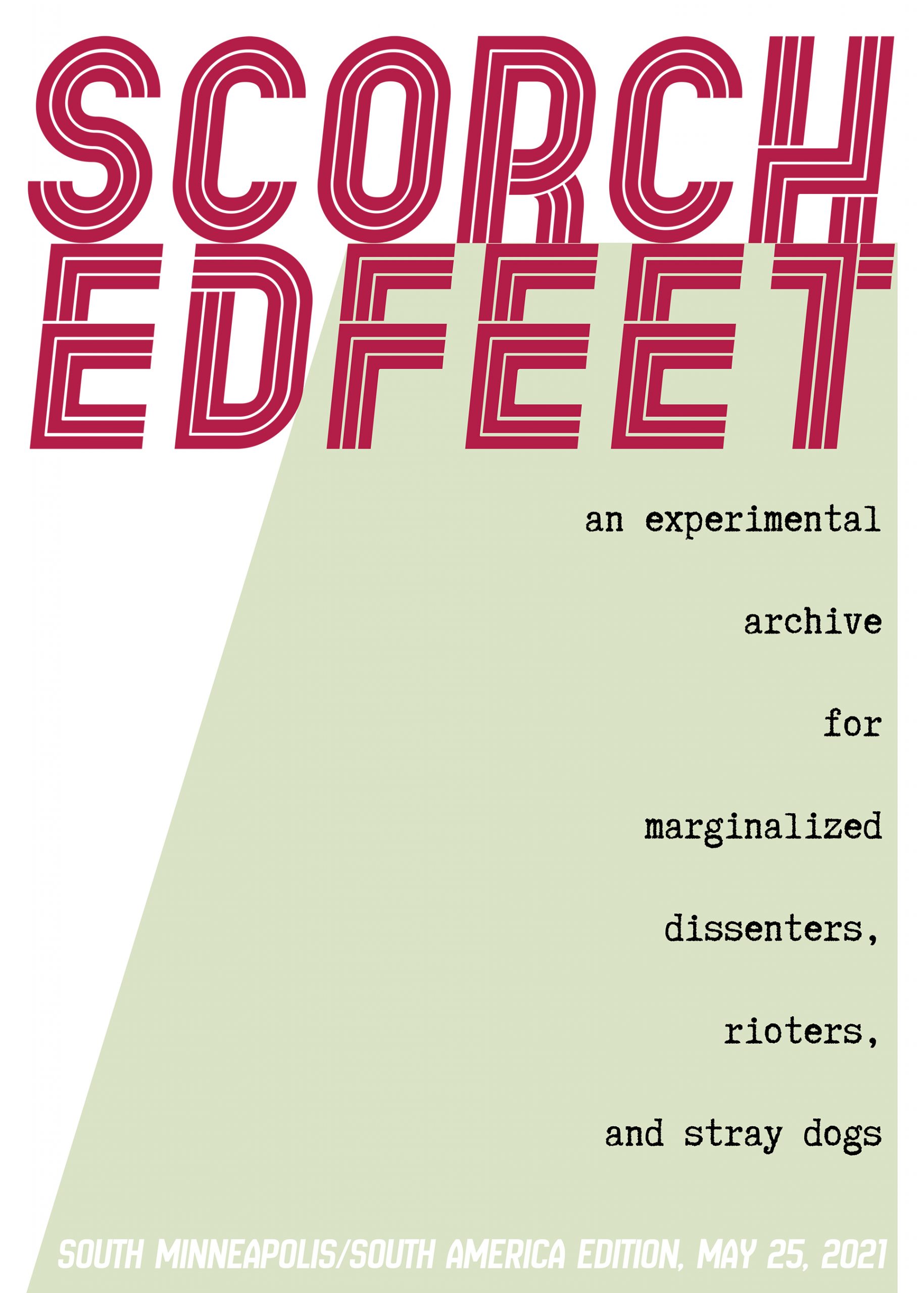 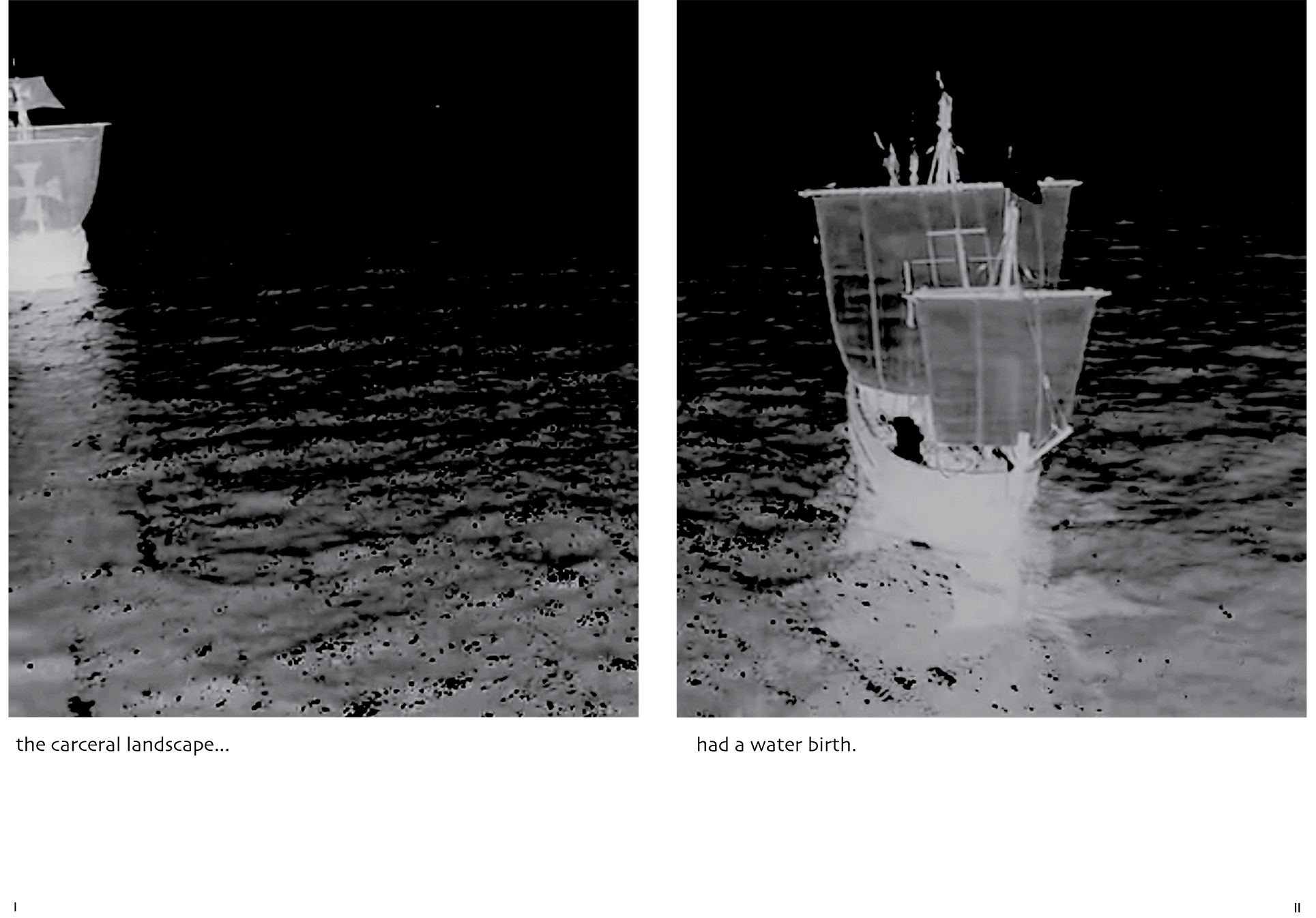 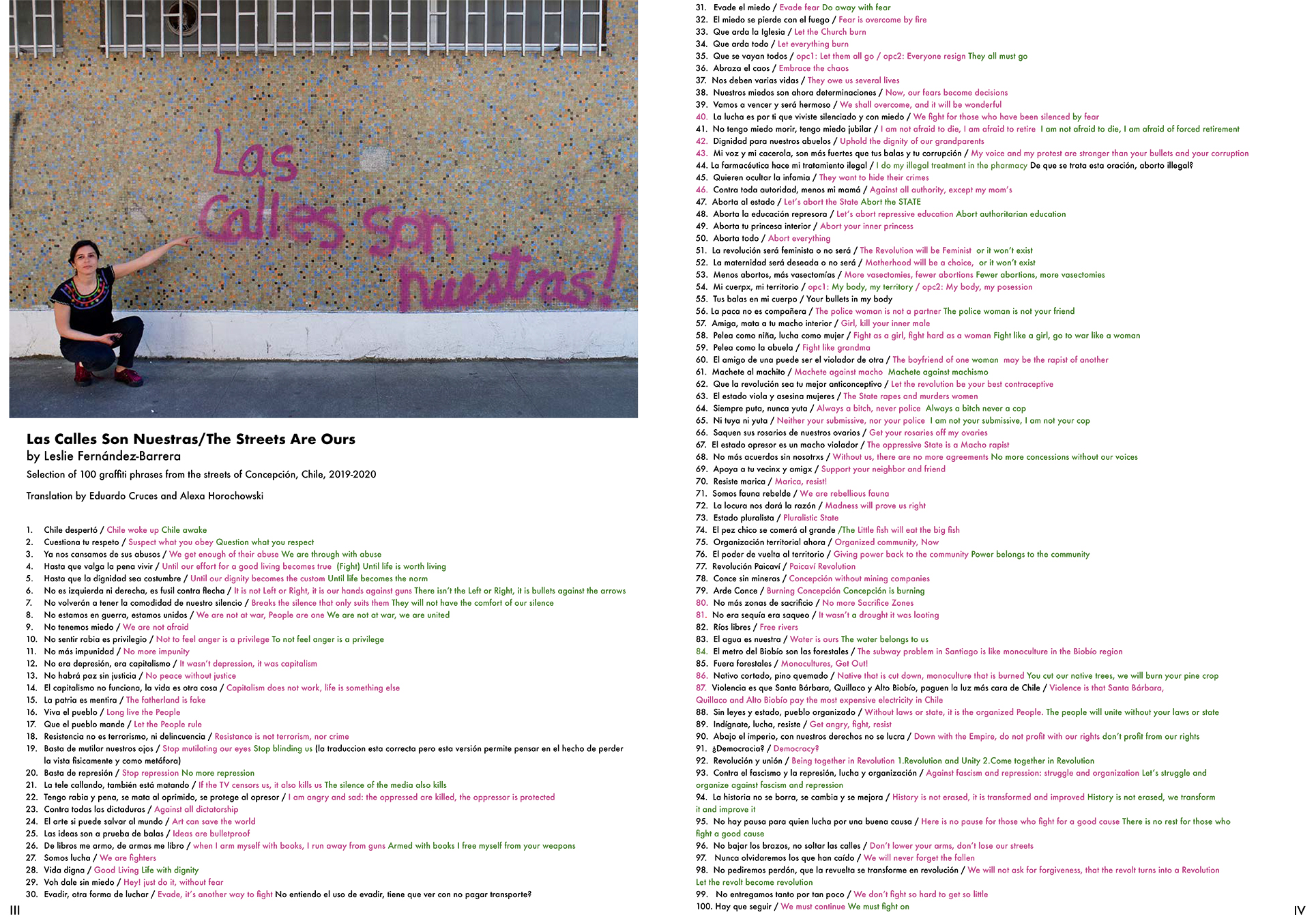 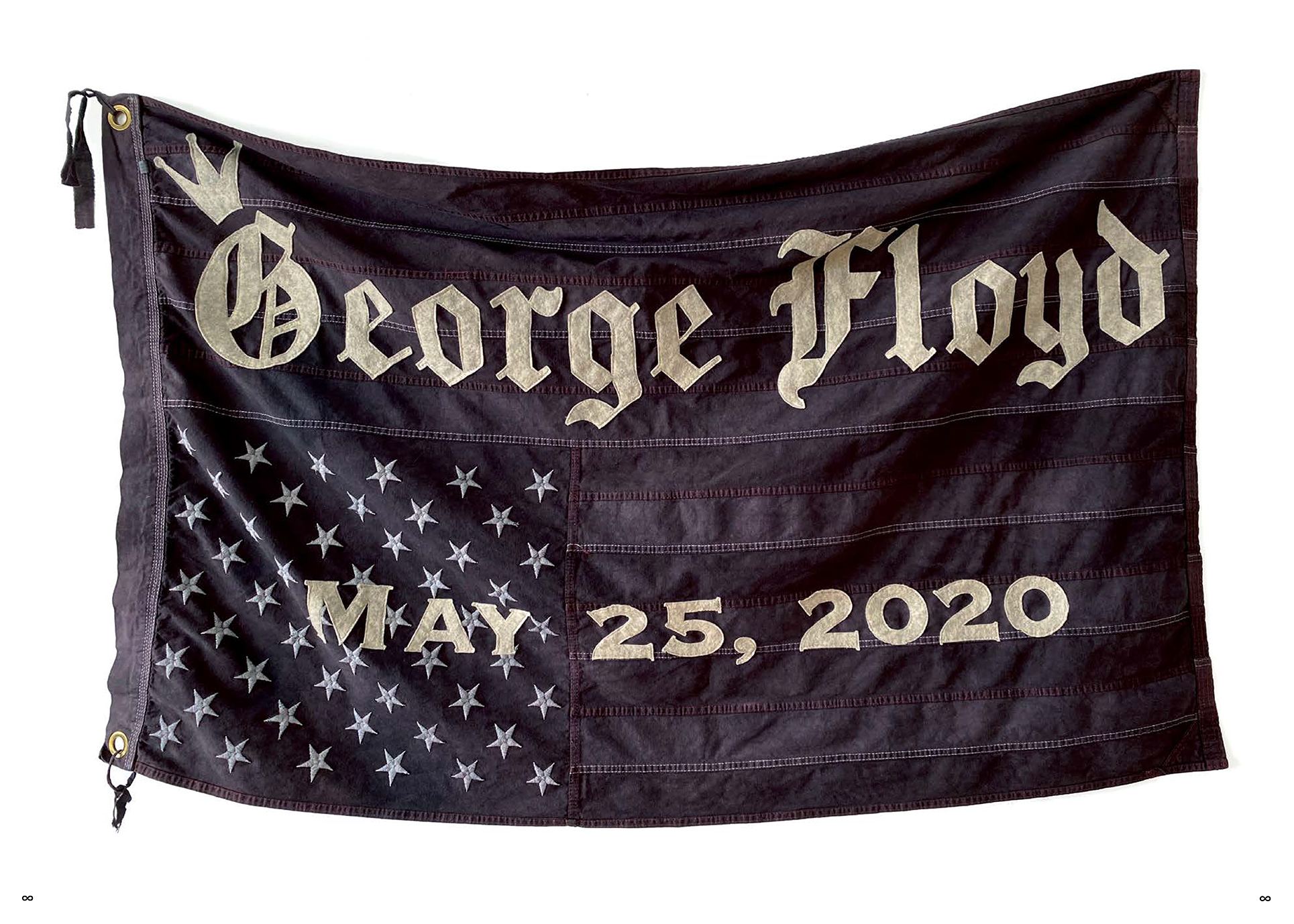 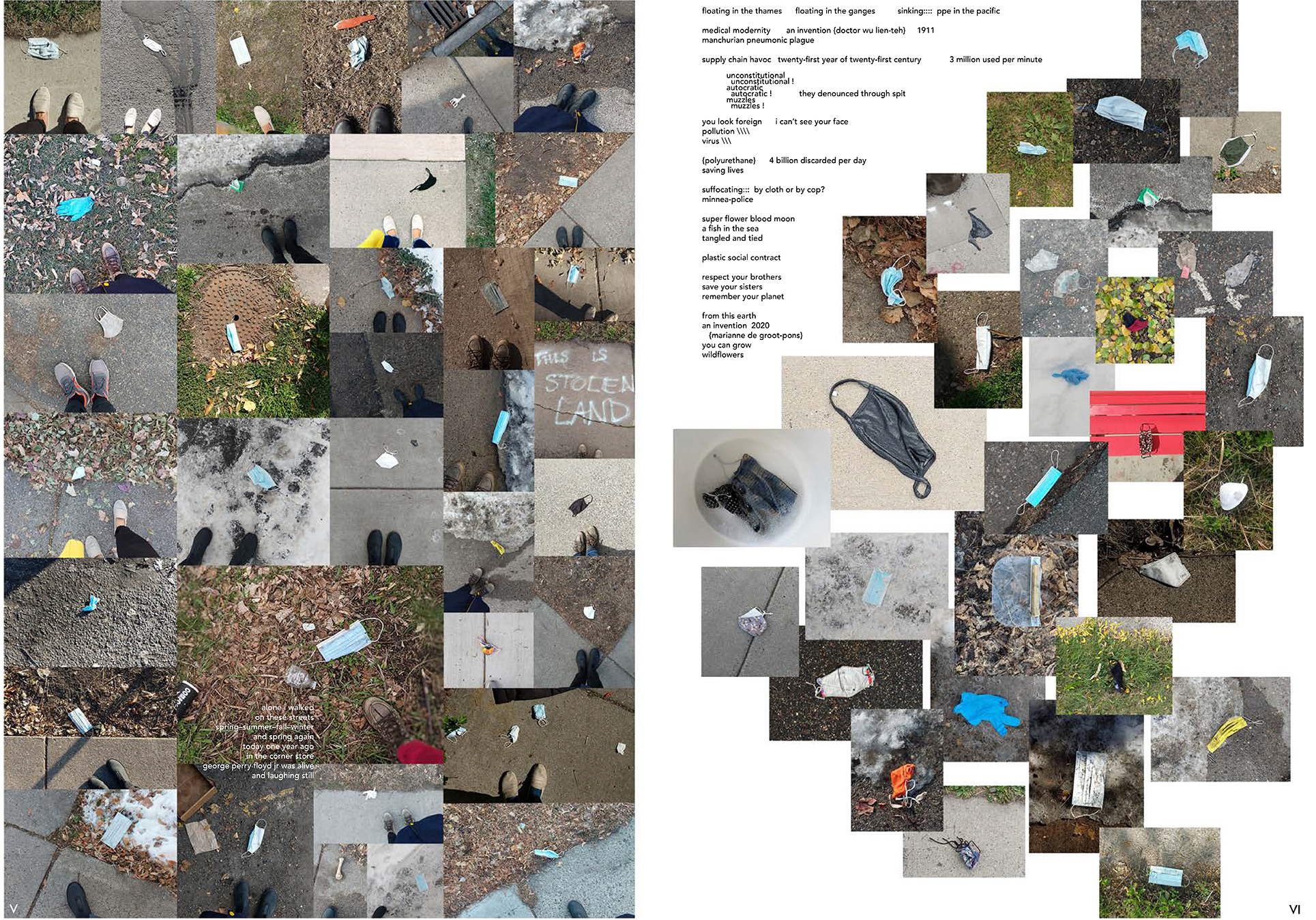 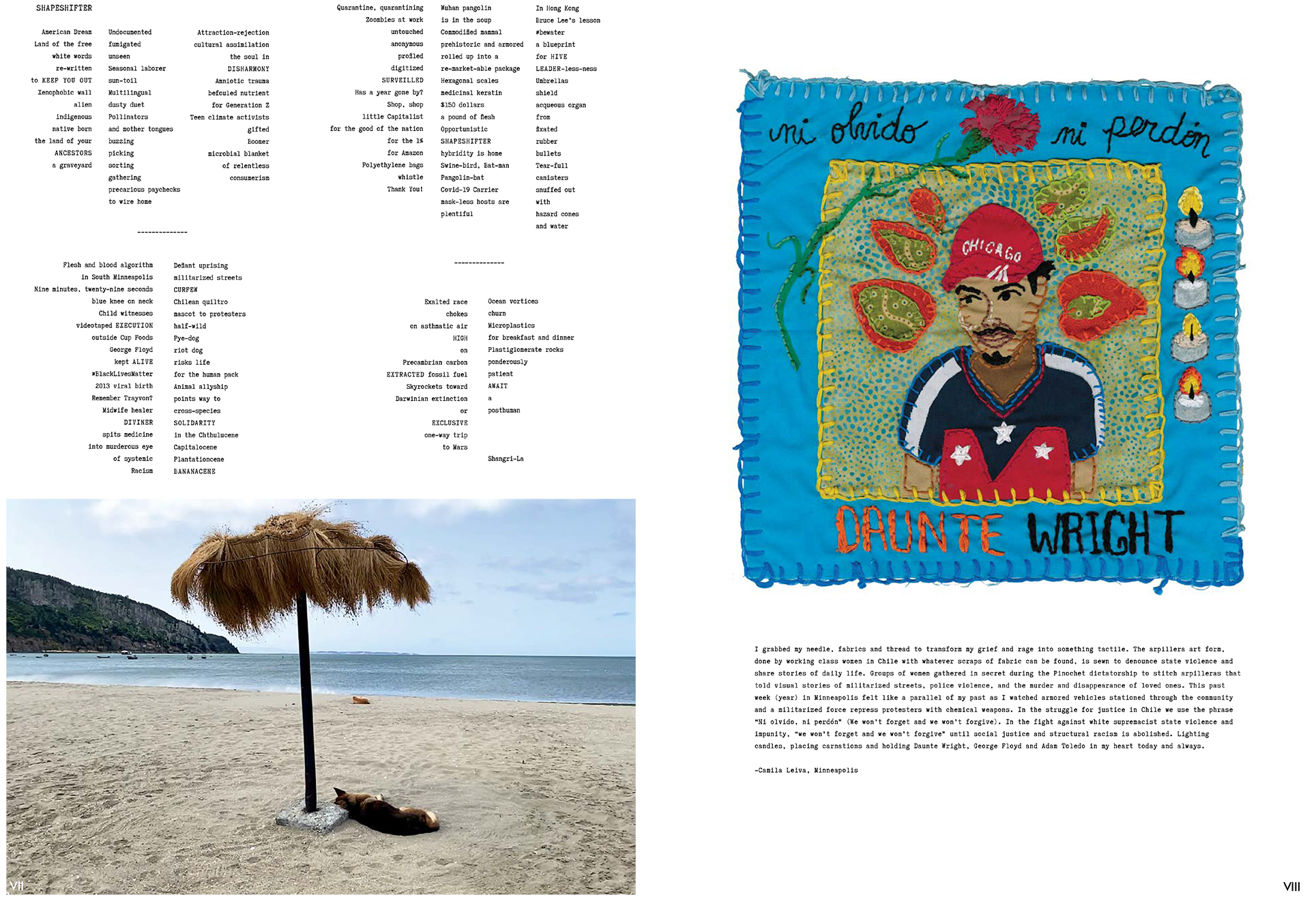 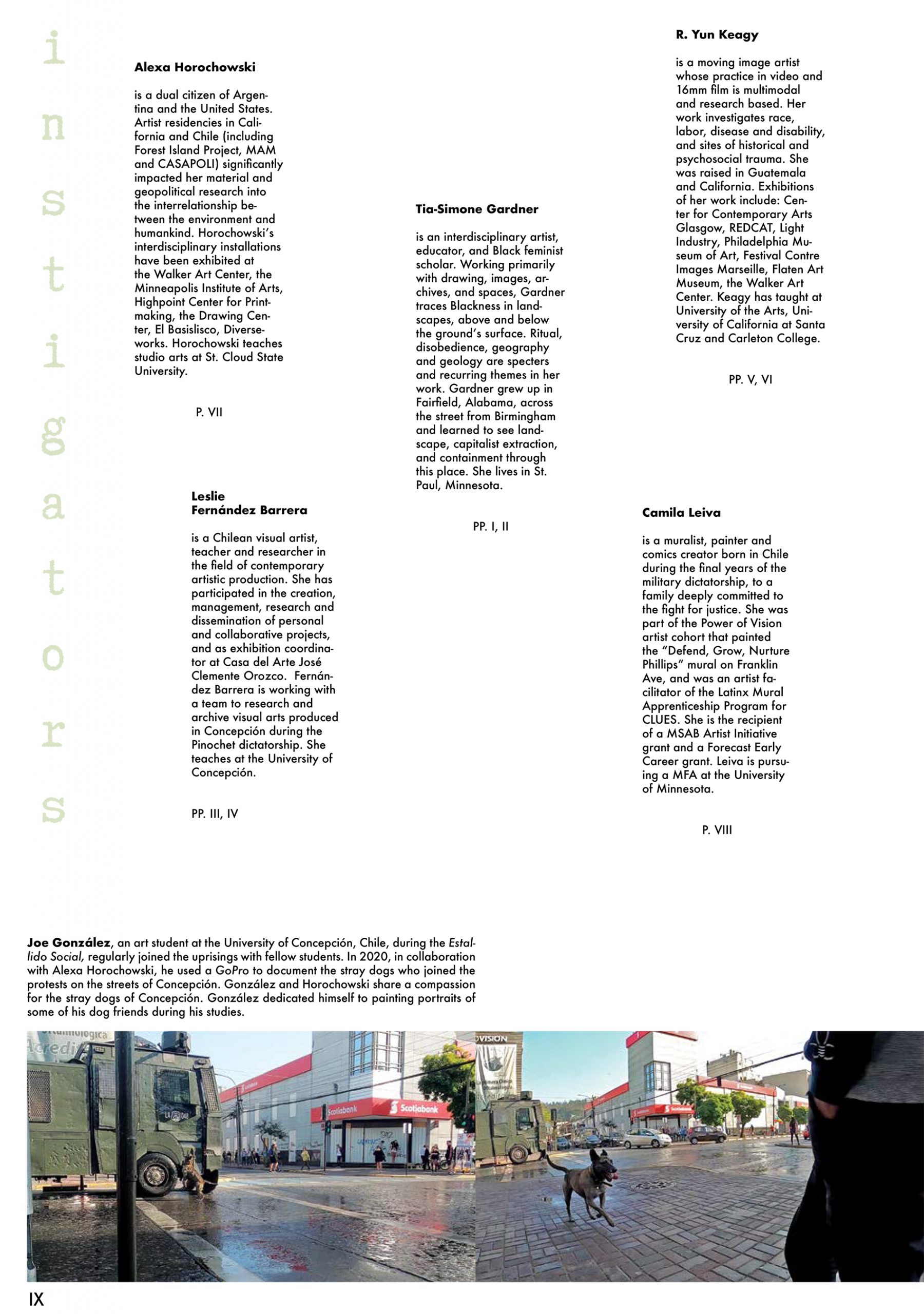 The printed broadside is available for purchase in our online Shop.

Scorched Feet is a bilingual, experimental broadside that focuses on issues of climate change and politics from the perspective of immigrant, BIPOC, LGBTQ cultural producers. It is the beginning of a conversation between local artists in Minneapolis with artists connected to issues around the world. In the 16th century a broadside was traditionally a large sheet of paper printed on one side meant to be plastered on walls, used for proclamations, street literature, ballads and ephemera. The Dunlap Broadside was the first publication of the United States Declaration of Independence, printed July 4, 1776.

Artists Alexa Horochowski, R Yun Keagy, and Meena Mangalvedhekar founded Scorched Feet in the aftermath of the political turmoil and social upheaval of 2016-2020. Events such as the construction of the “the Wall” at the Mexican border, the Covid-19 pandemic, the public murder of George Floyd by Minneapolis police, and the storming of the Capitol occurred in the United States but point to pressures rising from climate change and increasing social inequality around the world. Global upheavals that preceded and followed the uprising in Minneapolis emphasized the collective destiny shared by humans and non-humans in the Anthropocene. 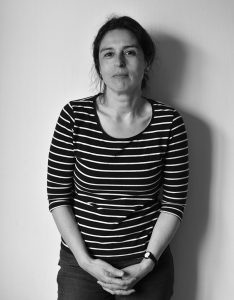 Leslie Fernández Barrera (Concepción, Chile) is a visual artist, teacher and researcher in the field of contemporary artistic production. She has participated in the creation, management, research and dissemination of personal and collaborative projects, including Móvil (2009-2017), a cultural dissemination project, Mesa8 art collective (2008-2015), the co-direction of CASAPOLI artist residency program (2010-2017), and as exhibition coordinator at Casa del Arte José Clemente Orozco, University of Concepción (2018). Fernández Barrera teaches at the University of Concepción in the Department of Visual Arts and Department of Humanities and Art, where she is part of the editorial team of the Visual Arts magazine “Alzaprima”. She is working with a team to research and archive the recent history of visual arts in Concepción, during the Pinochet dictatorship (1972-1991). She lives and works in Concepción, Chile. 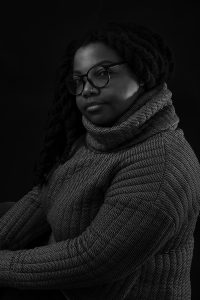 Tia-Simone Gardner (Saint Paul, MN) is an interdisciplinary artist, educator, and Black feminist scholar. Working primarily with drawing, images, archives, and spaces, Gardner has made a practice of tracing Blackness in landscapes, above and below the ground’s surface. Through her work with still and moving images, she brings together fragments of things and lives alongside the events and the places to which they gave meaning. Ritual, disobedience, geography and geology are the specters and recurring themes that cross her work. Gardner grew up in Fairfield, Alabama, across the street from Birmingham and learned to see landscape, capitalist extraction, and containment through this place. She received her BA in Art and Art History from the University of Alabama in Birmingham. In 2009 she received her MFA in Interdisciplinary Practices and Time-Based Media from the University of Pennsylvania followed by her participation as a Studio Fellow Whitney Independent Study Program. Gardner has been an invited artist at a number of national and international artist residencies including the Center for Photography at Woodstock, A Studio in the Woods, and IASPIS Sweden. She has also been awarded a number of fellowships for her work including the McKnight Visual Artist Fellowship and the Smithsonian Artist Research Fellowship. Her current work brings the questions of Black geography to questions of geology in order to examine ideas of race and landscape along the Mississippi River and her home in Fairfield/Birmingham, Alabama.

Joe González, an art student at the University of Concepción, Chile, during the Estalido Social, regularly joined the uprisings with fellow students. In 202, in collaboration with Alexa Horochowski, he used a GoPro to document the stray dogs who joined the protests on the stress of Concepción. González and Horochowski share a compassion for the stray dogs of Concepción.  González dedicated himself to painting portraits of some of his dog friends during his studies. 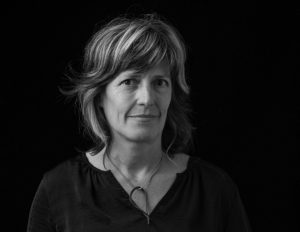 Alexa Horochowski is a dual citizen of Argentina and the United States. Artist residencies in California and Chile, at Forest Island Project, Mammoth Lakes, CA (2018); MAM, Chiloé (2017); CASAPOLI, Coliúmo (2013) significantly impacted her material and geopolitical research into the interrelationship between the environment and humankind. Horochowski holds an MFA from the University of Michigan, and a BA in creative writing and journalism from the University of Missouri. Her interdisciplinary installations have been exhibited regionally in Minnesota at the Walker Art Center, The Minneapolis Institute of Arts, Highpoint Center for Printmaking, The Rochester Art Center, and The Soap Factory. Other exhibitions include, The Drawing Center, NYC; Braga Menéndez Gallery, Buenos Aires; Diverseworks, Houston. Selected fellowships include an Efroymson Artist Fellowship (2018), three McKnight Visual Artist Fellowships (2019/2014/2003), Artist Initiative grants (2014/2012), and a Bush Artist Fellowship (2004). Horochowski teaches studio arts at St. Cloud State University. 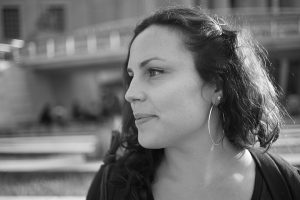 Camila Leiva (Minneapolis, MN) is a muralist, painter and comics creator born in Santiago, Chile during the final years of the military dictatorship, into a family deeply committed to the fight for justice. She worked as a public high school teacher in New York City and Santiago, before moving to Minneapolis. In 2019 she was part of the Power of Vision artist cohort that painted the “Defend, Grow, Nurture Phillips” mural on Franklin Ave through HOPE Community, and was an artist facilitator of the Latinx Mural Apprenticeship Program through CLUES. She is the recipient of a 2020 MSAB Artist Initiative grant and a Forecast Early Career Grant. Leiva is pursuing a Master of Fine Arts at the University of Minnesota. 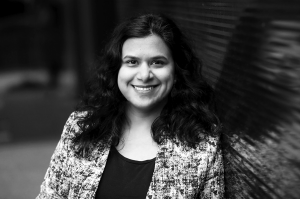 Meena Mangalvedhekar (Saint Paul, MN) is a public artist, projectionist and photographer. She received a GD-Art from Abhinav Kala Mahavidyalaya, a BFA from the University of Minnesota, and has participated in over 15 group shows and public art projects in the United States and India. Mangalvedhekar is interested in examining and exploring existing nodes of systems around us. She uses photography, interviews, drawings, projections and real time activity for research and to study locations, systems, and to be inspired by human history. Through large installations, digital drawings and placemaking experiments she strives to connect community and place. Mangalvedhekar believes in assisting community organizations to utilize these instruments to creatively claim and transform public spaces. As a transplant from India, Mangalvedhekar struggled to make Minneapolis her home and notices similar struggles among distinct demographics in the Twin Cities. This inspired her to create public art projects such as, Devices for Aerial Investigations (2012), Forward/50 (2013 onwards) and Take The Field (2014 onwards) where passersby can come together to make, relate and participate, and create loops of the process over time and on multiple occasions.