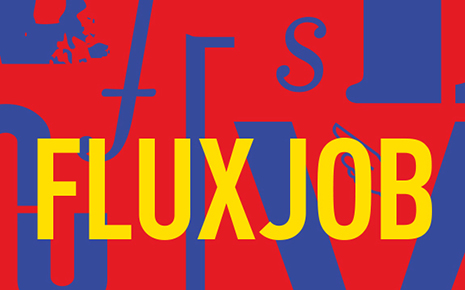 In the 1960s, George Maciunas urged a small group of artists to purge the world of bourgeois sickness and dead art. The result was Fluxus, a non-movement that expanded the definitions of what art can be. Fluxjob is an exploration of contemporary artists who continue to create interdisciplinary anti-art that is ephemeral, inexpensive, and interactive. 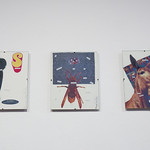 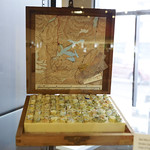 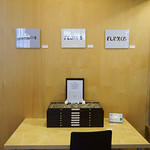 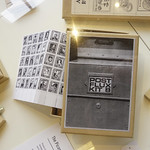 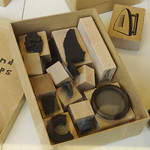 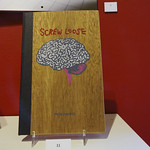 Join us for a unique event featuring local and national performance artists who are living and loving the non-art reality dream. Experience recreations of classic Fluxus performances as well as contemporary scores. The event will take place throughout the space, throughout the evening, with intermissions built-in so you can also tour the gallery exhibitions, experience a sound installation by multimedia artist Eric Lunde, and refuel with refreshments. Participants include experimental poet John Bennett, performance artist C. Mehrl Bennett, composer Darren Brown, stand-up word roller Tom Cassidy, performance and mixed-media artist Jennifer Weigel, Be Blank Consort collaborators Kathy Ernst and Scott Helmes, Fluxjob co-curators Keith Buchholz and Jeff Rathermel, and others both tangible and virtual. Duchamp Sucks also celebrates the opening of coordinated exhibitions Scored and Fluxbox, both on display in the Open Book Lobby Gallery.

All are welcome to this day of fun and exploration. Help re-create classic Fluxus performances, view book art demonstrations, and make cool stuff through a variety of hands-on activities — including rubber stamping, book binding, and letterpress printing.

Once again MCBA brings artmaking excitement to Northern Spark! Join us for 1978 — a true Happening filled with mirror balls, disco music, hands-on screen printing, blacklight paper marbling, and letterpress printing! Pull an Andy Warhol-inspired screen print with Aesthetic Apparatus, experiment with glow-in-the-dark paints in the marbling studio with Suzanne Hughes, and print a cover for MCBA’s Northern Spark Zine – a Fluxus-inspired publication conceived in collaboration with Monica Edwards Larson of Sister Black Press. At 3am, come unhinged — pick a screen, make a stencil, pick a color… screens will come loose and paper will be flying for a free-form, large scale, print-o-rama!

The beautiful and unique scores of John Cage are presented in this special exhibition that highlights the critical role of musicians and composers in the early development of Fluxus and the enduring value of performance in contemporary art. John Cage (1912–1992) was a pioneer of indeterminacy in music and a leading figure of the post-war avant-garde. Critics have lauded him as one of the most influential American composers of the 20th century. The son of an inventor, Cage spent time in Europe as a young man, absorbing culture and studying with Arnold Schoenberg. He returned to the United States in the 1930s and began composing works for percussion ensembles.

Cage self-defined his career as “an exploration of non-intention” and relentlessly pushed the boundaries of music by injecting randomness and chance operations into his compositions. Many of his pieces were in fact “happenings,” an art form established by Cage and his students in the late 1950s. At that time, Cage taught a series of experimental composition classes at the New School for Social Research in New York. These were attended by such artists as LaMonte Young, Allan Kaprow, George Brecht, Dick Higgins and George Maciunas. Many of Cage’s students were later champions of Fluxus, an international network of artists, composers and designers known for blending different artistic media and disciplines. Like Cage, the artists of Fluxus were inspired by serendipity, performance, and the integration of art with everyday life. Fluxjob pays tribute to Cage’s influence on the avant-garde by featuring contemporary artists who continue to create interdisciplinary anti-art that is ephemeral, indeterminate and interactive.

Scored features a wide variety of both classic and contemporary Fluxus scores. The events can be performed by anyone at any time in any place. The goal is to highlight and explore the possibilities of significance in what is usually deemed insignificant. Grapefruit, Yoko Ono’s 1964 compilation of event scores, is one of the most popular and best known examples of Fluxus art.

Box assemblages have been a mainstay of Fluxus art for over fifty years. These intimate “museums” are grounded in traditions and methods first established by earlier artists such as Marcel Duchamp and Joseph Cornell. Like the scores presented on the adjacent wall, box assemblages are not complete without interaction. They become art only when they are explored and experienced by a viewer. A selection of works from the exhibition Fluxbox are presented in these cases. This collection of boxes, packages, and games was curated by Keith Buchholz and debuted at Chicago’s Joan Flasch Artists’ Book Collection Gallery, School of the Art Institute of Chicago, during Fluxfest 2014. As a group, they demonstrate a variety of Fluxus themes associated with chance encounters, ephemerality, humor and the integration of art with everyday life.

Performer and visual artist Tom Cassidy exhibits 50 objects plucked from his vast collection of books, oddities, ephemera and what-nots. See history through the eyes of someone dedicated to the elimination of fine art through occasional action.