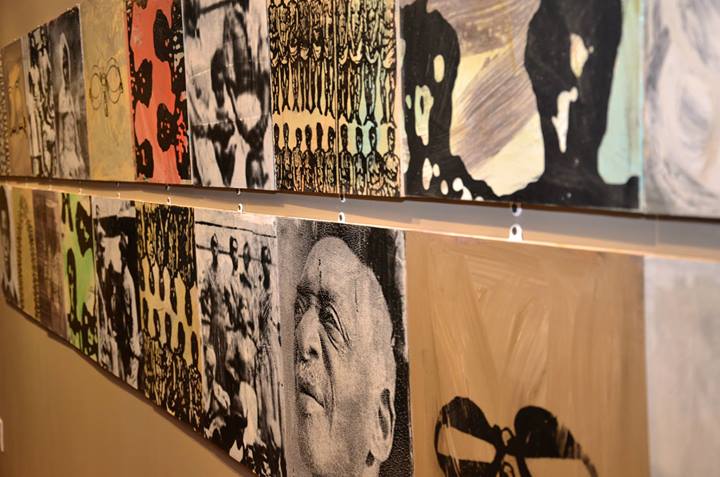 The Minnesota Book Awards is pleased to announce Fred Hagstrom as the winner of the 2014 Minnesota Book Artist Award sponsored by Lerner Publishing Group. This annual award, presented by Minnesota Center for Book Arts (MCBA) and the Minnesota Book Awards, recognizes a Minnesota book artist or book artist collaborative group for excellence of a new artistic work, demonstrated proficiency and quality in the book arts through their body of work, as well as an ongoing commitment and significant contributions to Minnesota’s book arts community. The award has previously been presented to Jana Pullman (2013), Bridget O’Malley and Amanda Degener of Cave Paper (2012), Regula Russelle (2011), Wilber H. “Chip” Schilling (2010), Paulette Myers-Rich (2009), and Jody Williams (2008).

A distinguished professor of art at Carleton College since 1984, Fred Hagstrom came to the book arts through a long background in printmaking. His recent work focuses on historical subjects, juxtaposing archival photographs with carefully chosen text to produce work both visually rich and emotionally provocative. His award-winning piece, Passage, examines the historic tragedy of the slave trade using archival photographs of former slaves combined with hand-drawn diagrams depicting the inhumane conditions aboard slave ships. These images are paired with selected texts from two historical books that were important for building opposition to the slave trade: An Essay on the Impolicy of the African Slave Trade by Thomas Clarkson, 1788, and Biographical Sketches and Interesting Anecdotes of Person of Color by A. Mott, 1837.

Hagstrom teaches printmaking, drawing, art and narrative, and artist’s books at Carleton College. He received his BA from Hamline University in Saint Paul and his MFA from the University of Nebraska-Lincoln. In addition, he studied at the University of Chicago for one year, as well as under S.W. Hayter at Atelier 17 in Paris, France. His prints have been shown in galleries throughout the United States and are featured in numerous museum collections, including the Minneapolis Institute of Arts and the Walker Art Center. Hagstrom’s awards and honors include several research, travel, and development grants, as well as prestigious national printmaking awards. He has also received fellowships through the McKnight and Blandin Foundations.

An exhibit of Hagstrom’s work will be featured at additional venues throughout the state this year, including Saint Paul’s Central Library this spring.

Hagstrom will receive special recognition and an award at the 26th annual Minnesota Book Awards Gala on Saturday, April 5, 2014 at the Saint Paul Union Depot. Awards will be presented that evening to the winners of the eight book categories (Children’s Literature, General Nonfiction, Genre Fiction, Memoir and Creative Nonfiction, Minnesota, Novel and Short Story, Poetry, and Young People’s Literature) and the Kay Sexton Award, sponsored by Common Good Books. Gala tickets will go on sale in late January.