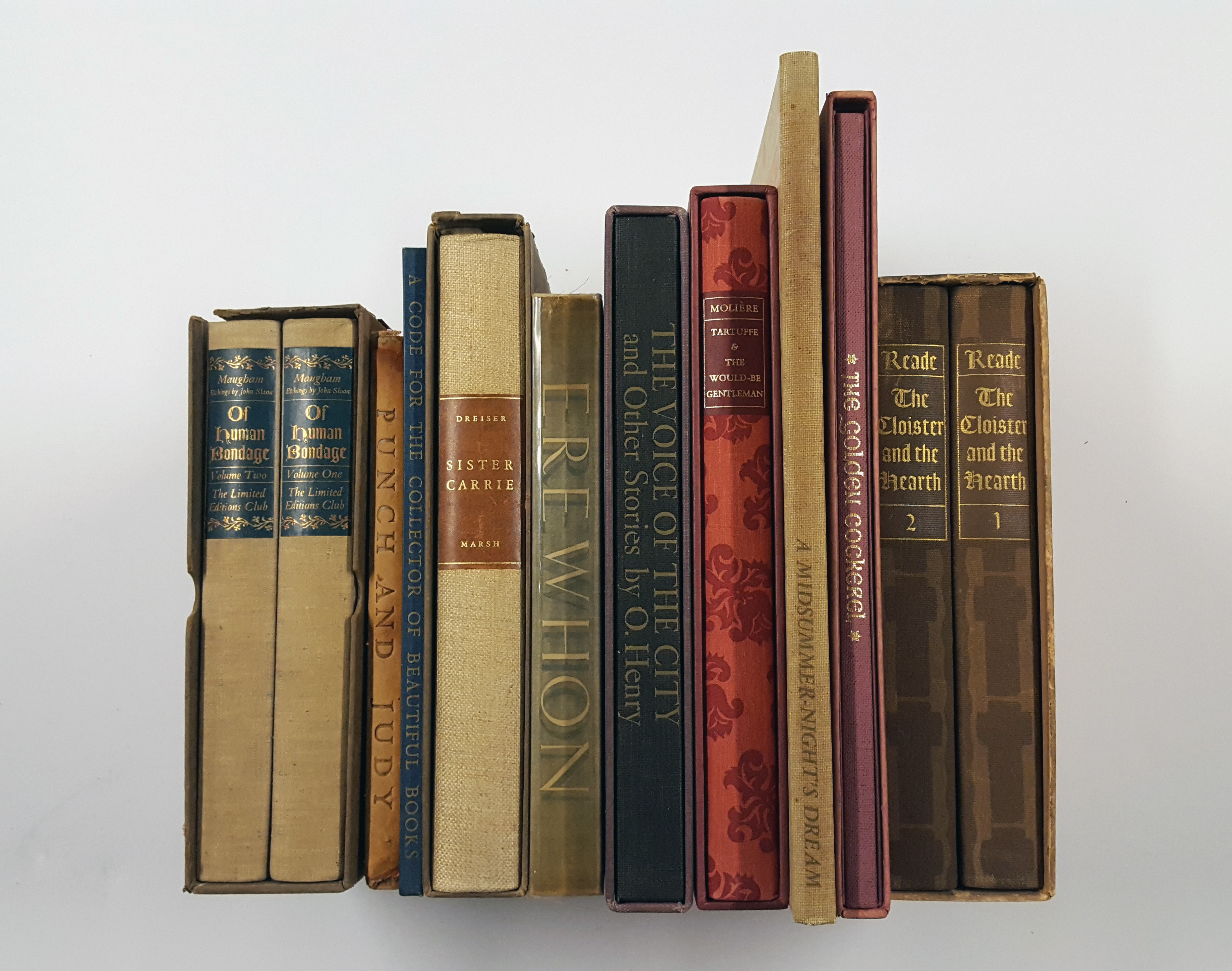 Free and open to the public

The Limited Editions Club was founded in 1929 by publisher and book lover, George Macy. Macy’s mission was to produce beautiful, illustrated editions of classic pieces of literature. Each text was produced in 1,500 copies and signed by the illustrator before being sent to club members twelve times per year. Macy was meticulous about the design of each title, hiring the best illustrators, designers, and typographers to create original work. Each title was uniquely crafted, printed from original type and engravings, and used fine papers and cover materials.

George Macy’s love of books and commitment to the art of the book is visible in the large variety of publications by the Limited Editions Club. All of the Limited Edition Club books on display were once held in the private library of James and Marilynn Alcott and are now a part of MCBA’s collection. James Alcott was the Vice President of Cowles Media Company and was a founding member of MCBA, serving as the first board president. The books featured here are demonstrative of the art found within the Limited Editions Club.