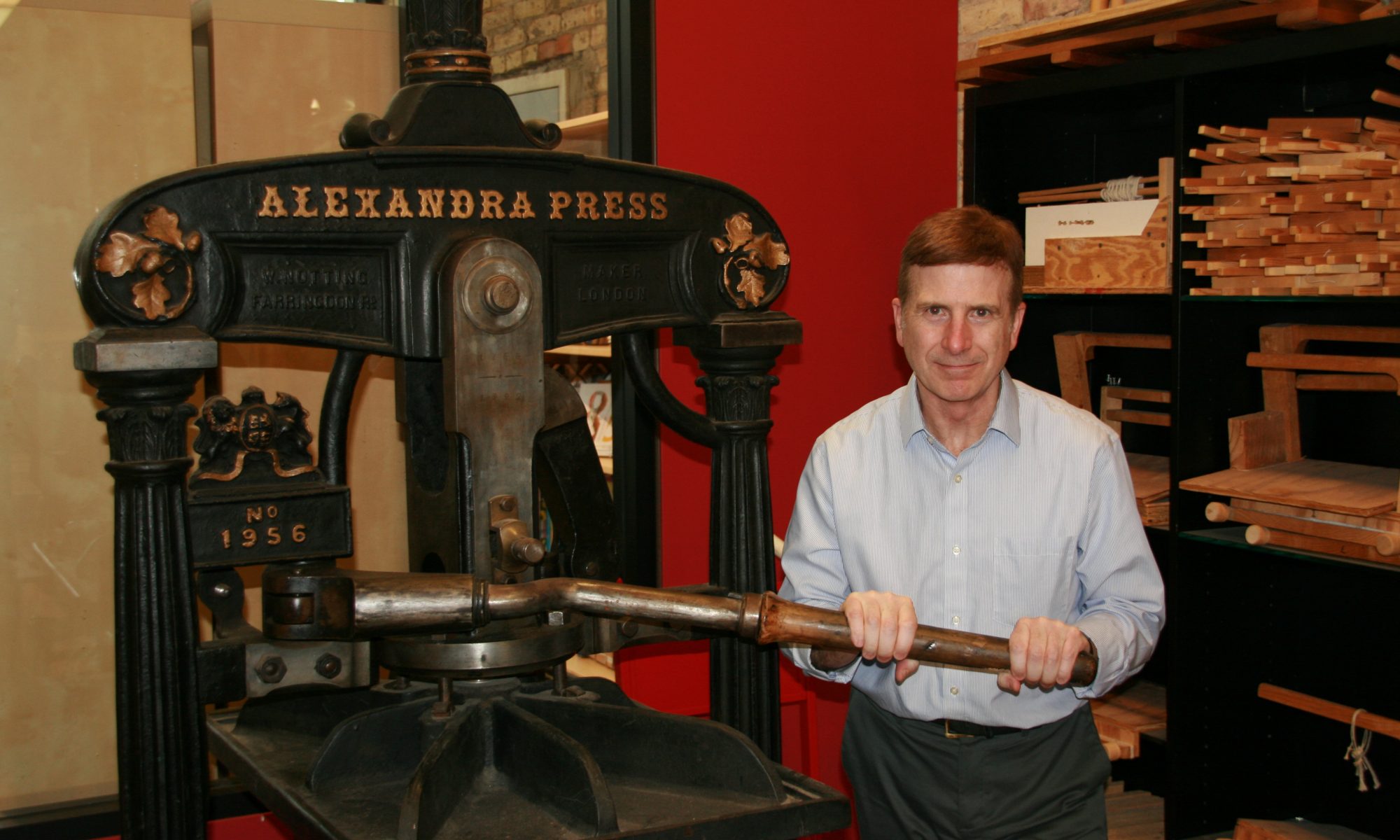 Rick Baker is a long-time MCBA member who has supported the organization for almost two decades. We talked with Rick about his commitment to MCBA, his family history with the written word, and his continued appreciation for book art in all forms.

When and how did you first discover MCBA?

Probably around 1999 or so. If I recall correctly, it wasn’t long before the Open Book space opened. I have a dear friend—an artist and academic outside MN—who’d done work with book art before expanding into digital forms. I found her work interesting, and was scouting around to see whether there was anything local that had collections or showings of the art form. It didn’t take long to find MCBA!

You’re a long-time member and supporter of MCBA. Why do you choose to stay involved?

I liked what I saw at MCBA, and wanted to help support the organization. It was partly as a nod to my friend (I often get birthday gifts for her from MCBA); but it was also a call-back to my early years in Detroit, where my family had been involved in various aspects of the newspaper business since the 1870s. My great-grandfather was promoted from the print room to ultimately become General Manager of what’s now the Detroit News at the turn of the previous century, my grandfather spent his working career in advertising for the News, and my father had been a reporter with the News and later, when I was young, was the editor of a corporate newspaper. He used to take me along to the composing rooms where old fellows banged out lead type, and to the print room where massive rolls of newsprint came off the presses. I, too, am a word guy—once a paperboy; now a writer, reader, and lawyer—and was very affected by the tangible process of printing.

In high school, I also took art classes and did some printmaking. Broadly speaking, I continue to appreciate art in many forms. Even though I’m not an artist by avocation, I’m often deeply moved by it and want to support those who enrich my life with their work.

In addition, by supporting MCBA, I’m helping others get a small sense of how fascinating the mechanical process can be, while also appreciating how interesting and varied the artistic process is in book form.

What do you think is special about book art that separates it from other art forms?

Tangibility, of course. Many other art forms avoid—or at least discourage—touching, much less holding, works.

On the flip side, in a way, is the fact that text (as opposed to images) is a more mediated form than some others. To fully appreciate the medium, the reader/beholder needs to understand and interpret the language as opposed to simply taking in the piece without language.

Can you think of a certain MCBA experience that best exemplifies what you like most about the organization?

I’ve attended some of the events recognizing award-winners, and appreciate seeing people gather who may not otherwise be in the same room with their peers. I’ve also enjoyed taking my kids to the center before they grew up and moved away. We were able to do some hands-on creative stuff that one of my daughters still remembers fondly as a special day of bonding with her dad.

MCBA is, for me, an important part of the greater community. It makes me happy and proud to live in a place where art in many forms—and books in particular—is cherished and kept alive.