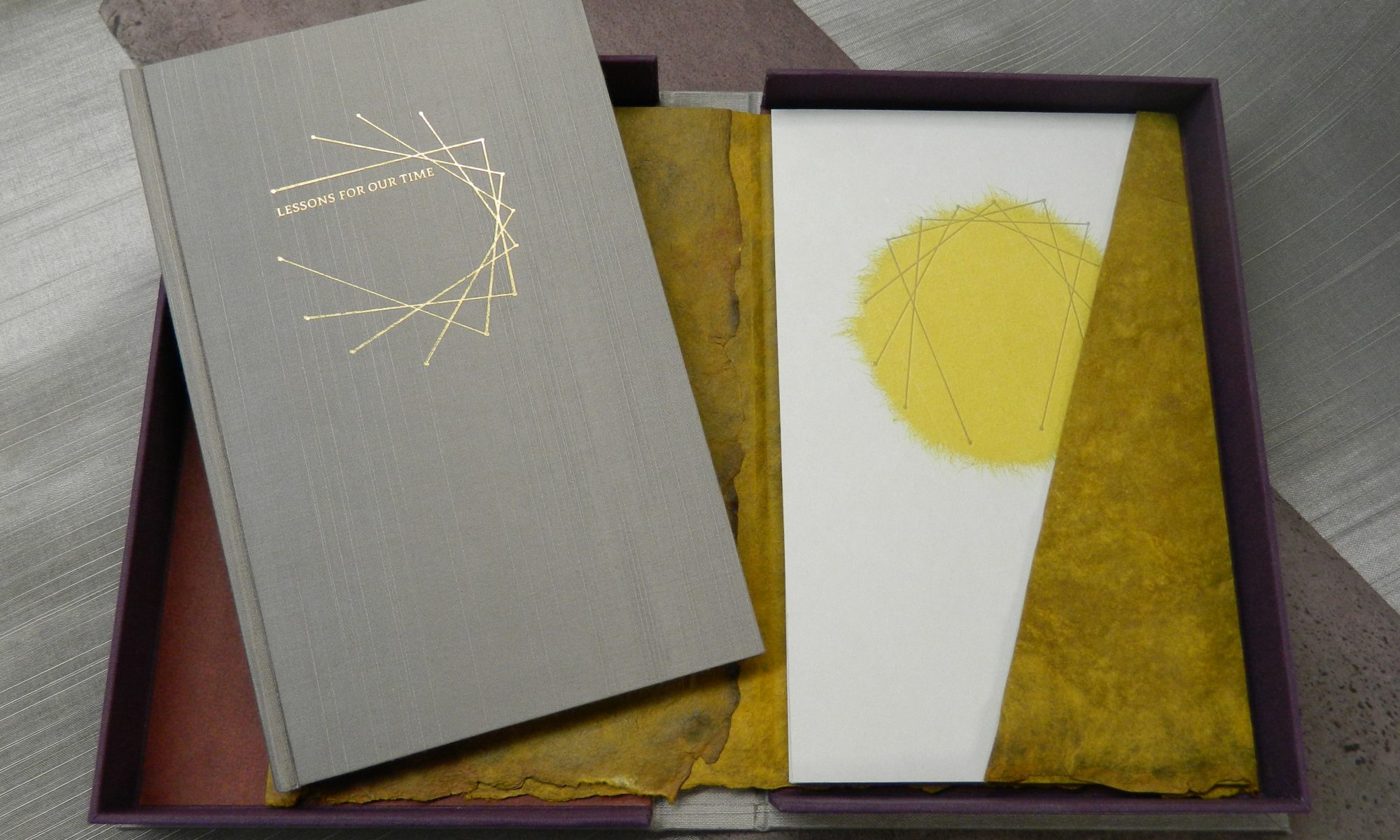 Lessons for Our Time, published by Minnesota Center for Book Arts on December 15, 2012, is the twenty-second in a series celebrating the handmade book.  Under the direction of MCBA Artist and Adult Programs Director Sara R. Parr, two editions were produced, all letterpress printed by master printer Erin Maurelli and members of MCBA’s artistic community.

All illustrations included in the editions are by Anna Boyer.  Handmade paper for both editions was made by Mary Hark with the assistance of Angela Richardson and Leah Willemin.  All text and imagery were produced as photopolymer plates by Smart Set, Inc.