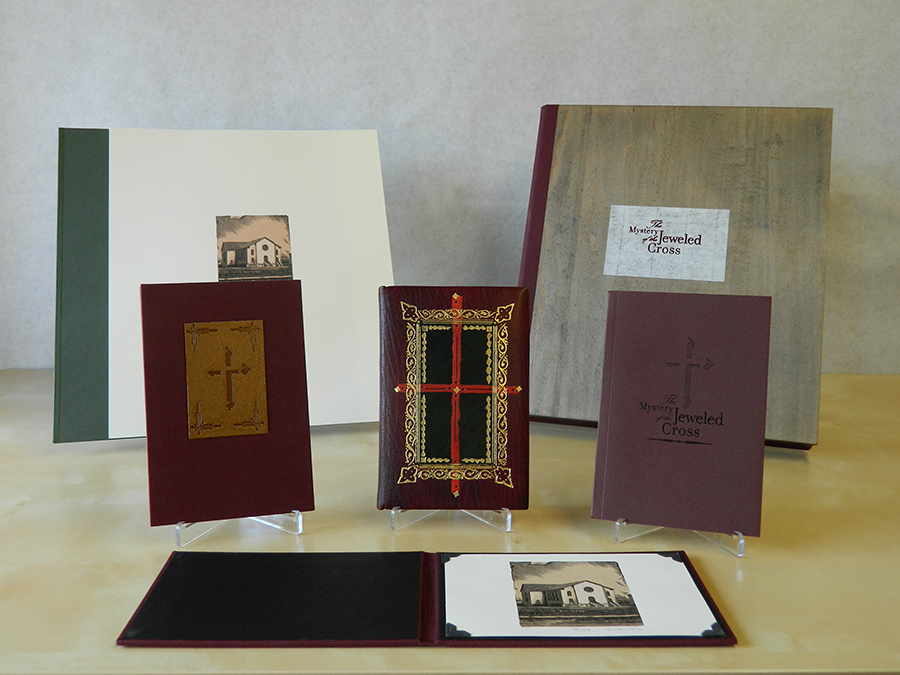 “The Mystery of the Jeweled Cross” is the first Winter Book to feauture a series character and the first in which Rafferty dissects a mystery on his own. Set at the turn of the century, the story centers on the theft of a valuable cross from the old St. Paul Cathedral, which stood at Sixth and St. Peter. “Rafferty reads about this mystery in the newspaper, suspicious things happen, he inserts himself into the action and delivers a Christmas present,” says Millett, who had never written short story fiction. “I designed it to be a holiday story with a Victorian, Dickensian sort of feel.”

Millett is a former Pioneer Press Writer and architecture columnist who has written eight books, including the popular “Lost Twin Cities.” But he never thought one of his books would sell for about $500. The deluxe edition of “The Mystery of the Jeweled Cross,” which includes a specially commissioned wood engraving by Wisconsin master printer Gaylord Schanilec.