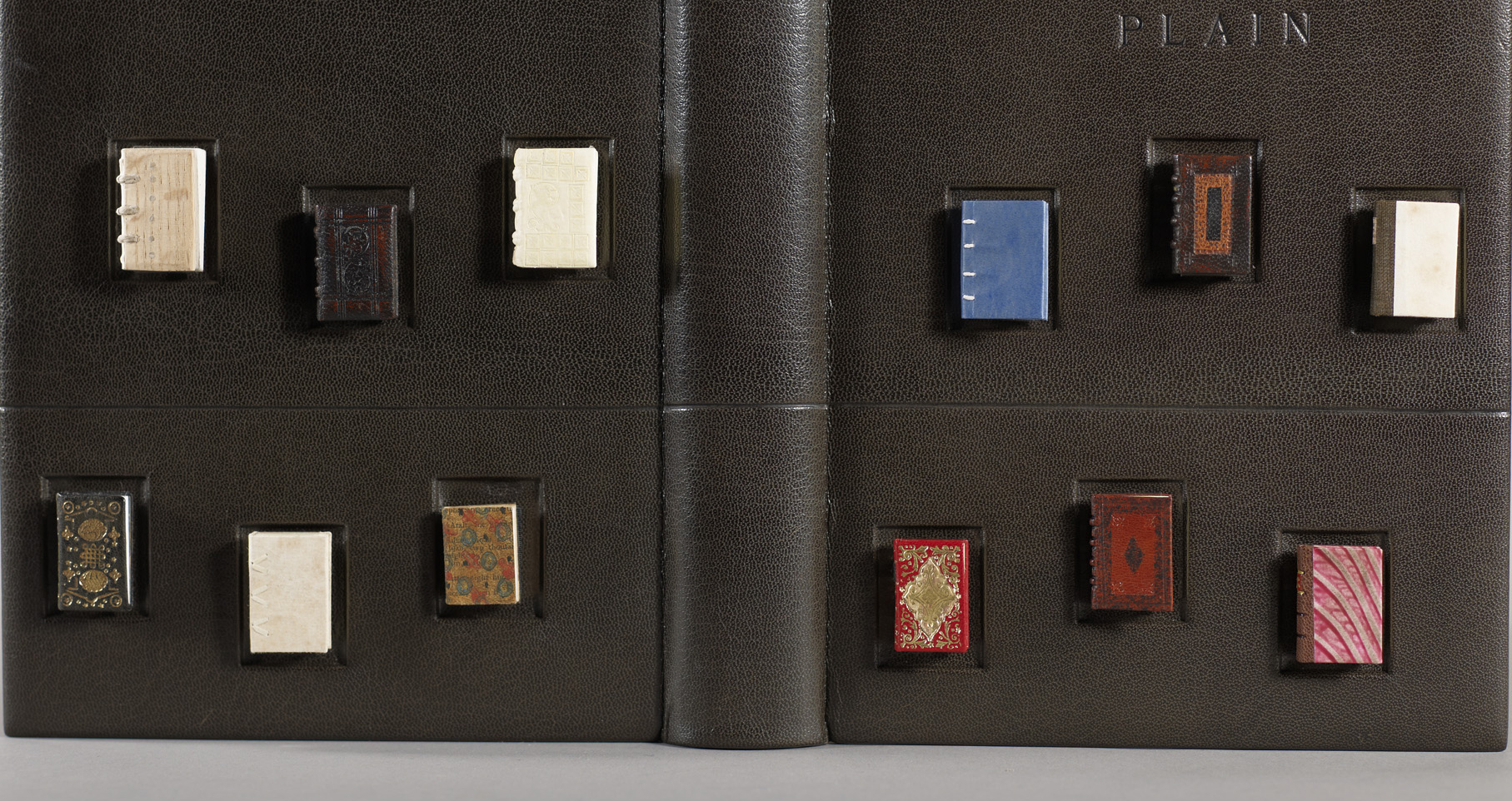 MCBA is honored to host the Guild of Book Workers Midwest Chapter’s exhibit Plainly Spoken, featuring bindings of Julia Miller’s Books Will Speak Plain by seventeen binders from across the United States.

Thank you to all who attended the exhibition reception and gallery talk at 7:30 by featured artists Karen Hanmer and Jana Pullman on Friday, February 6.

In 1998, Julia Miller began the monumental task of sifting through notes and observations made during her 30 year career as an archivist and book conservator. After 8 years of additional research, she began to write. The publication that resulted, Books Will Speak Plain, is a 500-page handbook aimed at conservators, collectors, librarians and book lovers, for the identification and description of book structures and styles.

The Midwest Chapter of the Guild of Book Workers is delighted to showcase Miller’s book in this theme-based exhibit. Bookbinders from across the country acquired the text in folded sheets and, months later, presented them to a jury of three as a completed book. This exhibit includes a range of binding ideas: models that replicate books from an historical period; cut-aways that visually reveal their hidden structure; design bindings that interpret a concept from the text; and artists’ bindings that play with structures and materials to create something new.

The Guild of Book Workers Midwest Chapter extends special thanks to Julia Miller for providing the book world with such an important text and for her support of the exhibit; to Whitney Baker for playing such a pivotal role in the exhibit’s beginning; to the three jurors: Richard Baker, Brea Black, and Linda Samson-Talleur, who generously gave their time and expertise in selecting such wonderful bindings; to Mary Uthuppuru, Midwest Chapter exhibits coordinator; and to the entire exhibit committee who made it all possible. For more information, visit the GBW Midwest Chapter’s website.