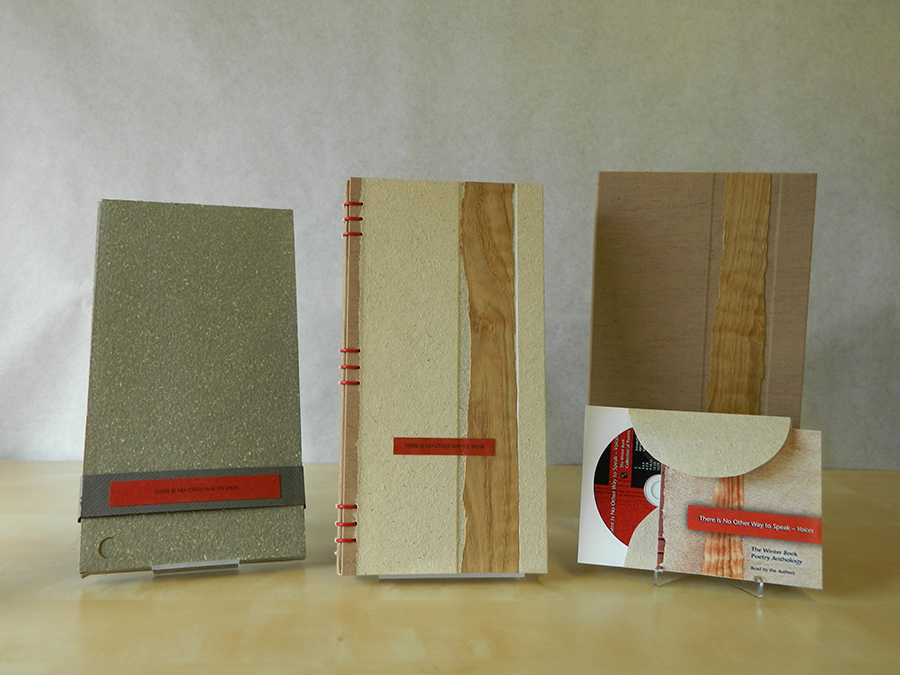 An audio version of There Is No Other Way to Speak, produced through a collaboration between MCBA and Essay Audio, documents this wonderful collection of literary legends and new Minnesota voices. The recording is included with the Deluxe Edition and may also be purchased separately.

To place an order, call The Shop at MCBA at 612.215.2520. Winter Book purchases help support the project as well as MCBA’s programs and services for artists.

“In this sample of Minnesota writers we have delicate descriptions of nature, prose poems that almost cross the border to prose tales, satires on the various corruptions of American life, humor, grief, anger. The poets themselves give evidence that Minnesota is no longer the province of second and third generation Scandinavians, though they are here too: Piaute, Pole, Chinese, Black, women, men, old, young, Catholic, Lutheran, free thinker, God’s plenty of variety hooped together only by talent, location, and devotion to their art.” – Bill Holm