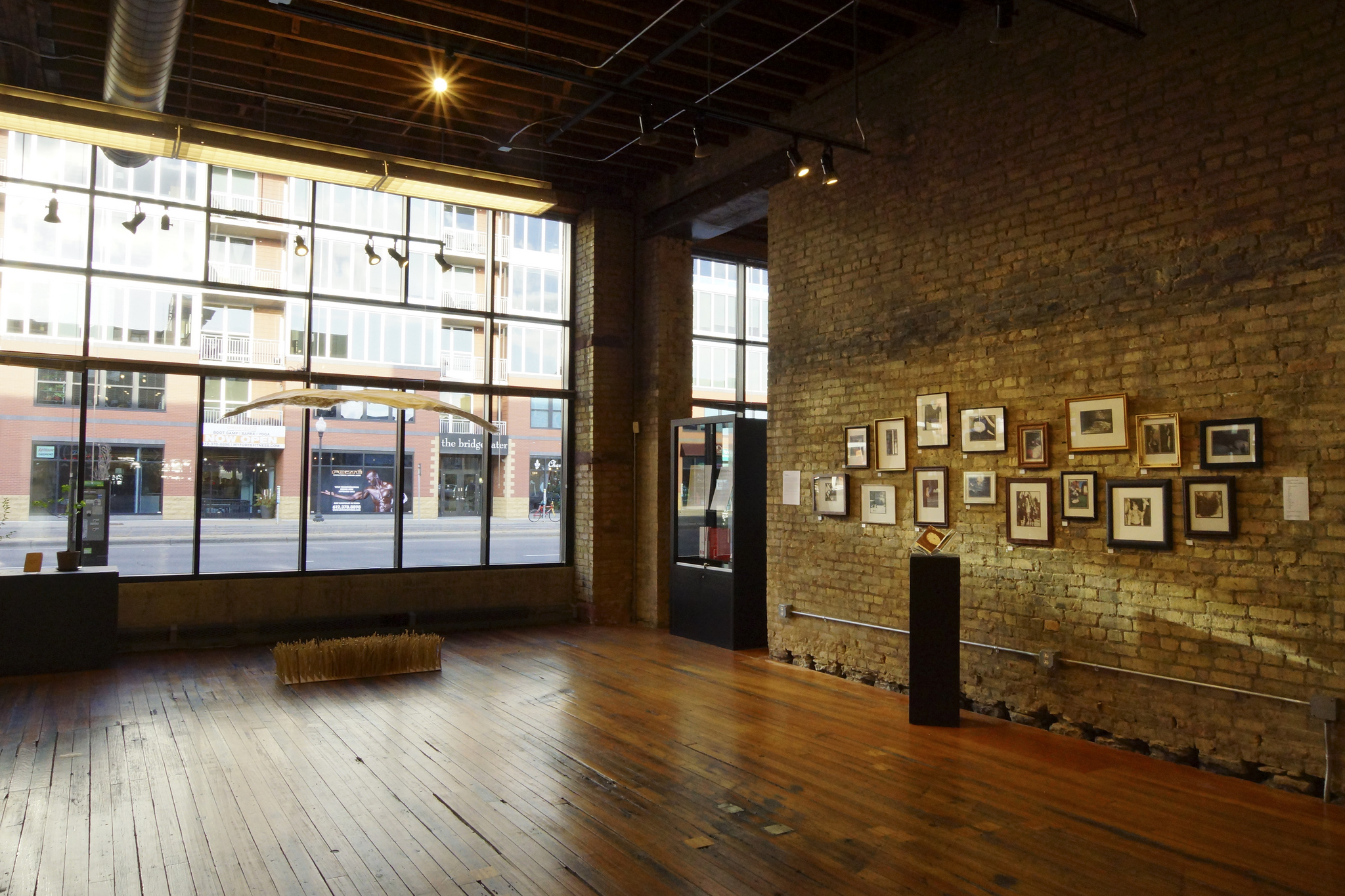 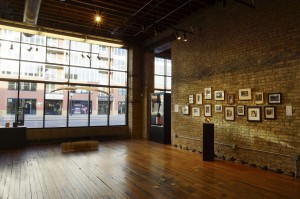 The MCBA / Jerome Book Arts Mentorship Series is an artist development program aimed at introducing book arts to emerging artists whose primary medium is in another discipline. This exhibition celebrates the culmination of a year-long mentorship in the book arts, including intensive specialized training, group critique, and one-on-one work with master book artist mentors.

Laura Andrews is a visual artist who lives and works in Minneapolis. She received her MFA from Minneapolis College of Art and Design (MCAD) and currently teaches at Minneapolis Community and Technical College, as well as at Century College in White Bear Lake, MN. She received an Artist Initiative Grant from the Minnesota State Arts Board in 2011, and her paintings were recently featured in a solo exhibition, Unravel, at Bloomington Art Center. Her paintings and drawings focus on the relationship and interaction between people and the natural world, and her latest work deals with hybridism and gender performativity.

Emma Burghardt is a graduate of the Cinema and Media Studies program at Carleton College. Her film and animation work has been screened at national and international festivals, and was most recently featured in the 2012 ZEBRA Poetry Film Festival in Berlin, Germany. She is interested in the whimsical relationship between external and internal realities, and often creates art that explores the confluence of these separate but fluid worlds. A Minnesota native, she enjoys tiny objects, quietness, drawing, and learning.

Originally from Nebraska, Lisa Loudon has lived and worked in the Twin Cities for the last fifteen years. Her training is in painting and drawing and she holds an MFA from the University of Nebraska. In the last few years the focus of her work has shifted from more figural two-dimensional imagery to work that is more sculptural and non-objective. She has participated in several regional, national, and international exhibitions including shows at Indiana State University, East Carolina University, Illinois Central College, and Flux Space in Indianapolis, IN. She was a recipient of a 2011 Jerome Fiber Artist Project Grant. She maintains a studio in Northeast Minneapolis where she lives with her husband and two cats.

Presley Martin has a BA in Art History from the University of Pittsburgh and an MFA from San Jose State University. He has shown his work in San Francisco, Los Angeles, New York, and Belfast. Presley lives and works in Minneapolis with his wife and daughter. He uses invasive species in his work as a path to new and unexpected interactions with the local environment.

Dave Molnar grew up in Stillwater, MN and the beautiful environment of the St. Croix Valley fueled his passion to capture his surroundings, as well as jobs through his school years photographing for various school publications. Later, attending the College of Visual Arts in St. Paul, Dave achieved his BFA, majoring in photography. Four years ago, he discovered alternative process photography and was hooked. The combination of the historical techniques, hand crafted image, controlled chaos, and happy accidents culminating in the final photographic print speak to all his interests, technically and creatively. His favorite processes include gum bichromate, salted paper and wet plate collodion.

Since 1985, the Jerome Foundation has helped artists push the boundaries of contemporary book arts by supporting the creation of new book works. Through twelve prior series of fellowships and now four series of mentorships, Minnesota artists of extremely diverse disciplines — including printers, papermakers, binders, painters, sculptors, poets, photographers, choreographers, filmmakers and others — have created projects ranging from exquisitely crafted fine press volumes to documented performances to one-of-a-kind installations that “break the bindings” and redefine conventional notions of book form and content.