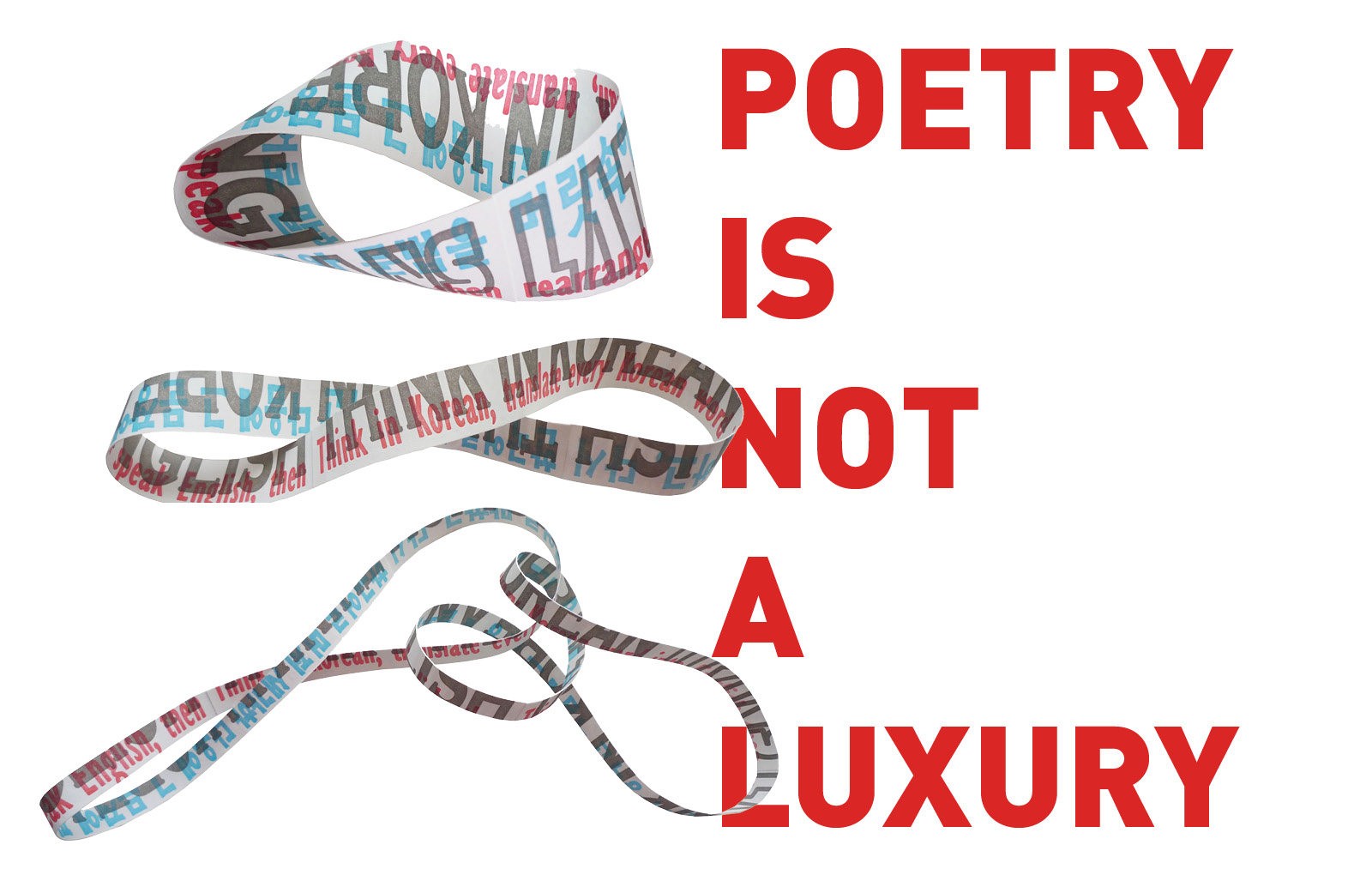 Poetry Is Not a Luxury, a powerful exhibition featuring 26 book artists hailing from Vermont to South Korea, is titled after writer Audre Lorde’s 1977 essay on the intersections of creativity and activism that were not only essential to her own work, but also to a diverse group of feminist thinkers at the time.

It was with this understanding of the power of creativity that Maymanah Farhat curated the exhibition, beginning with Miné Okubo’s 1946 graphic memoir Citizen 13660. Having been detained alongside hundreds of fellow Japanese Americans from the San Francisco Bay Area after the bombing of Pearl Harbor, and later incarcerated in a concentration camp in Utah, Okubo’s approach to art was strikingly similar to what Lorde described. For Okubo, documenting the realities of the camp not only allowed her to process her experiences, but also served as a way to communicate with her friends and peers on the outside, most of whom could not fully grasp what was taking place at the remote camps. Creativity was not a luxury, but necessary to survival.

The exhibition, which debuted at the Center for Book Arts in New York in 2019 before traveling to the San Francisco Center for the Book in 2020, was assembled with works that reflect a sense of commitment and purpose, a light that guides viewers through narratives that are otherwise buried or ignored. All of the artworks included in this exhibition were created from a place of subjectivity, from lived experiences that are filtered through the creative process then articulated in forms that invite the viewer to partake in what Lorde called “revolutionary awareness.”

Click here to read “On Refusal,” an essay by curator Maymanah Farhat that re-contextualizes Poetry Is Not a Luxury‘s run at MCBA.  Three new artworks by local artists* accompany the works originally curated for Center for Book Arts.

The Main Gallery is currently open to the public Tuesday–Saturday, 10am–5pm, and Thursdays  until 7pm.